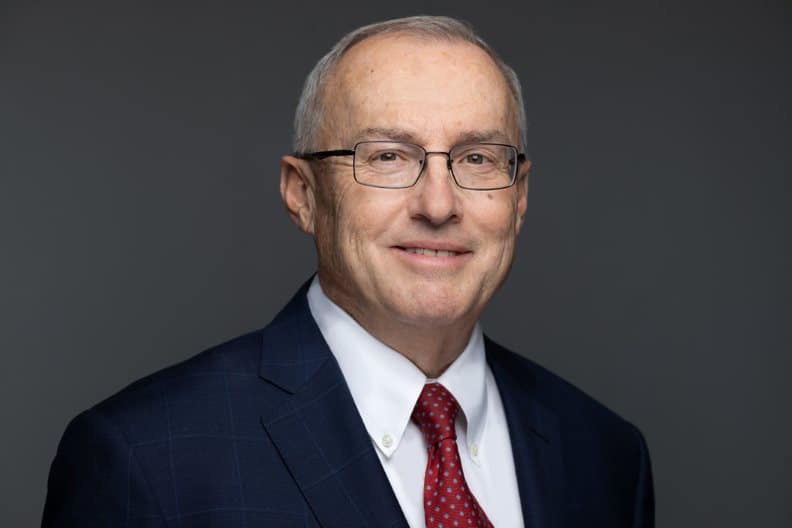 Over the years, you have been very active in various mineral law organizations, such as the Energy & Mineral Law Foundation, the Rocky Mountain Mineral Law Foundation, and the Institute for Energy Law. You have particularly committed a lot of time to EMLF, even though you had a busy practice. Why? What has EMLF meant to you? Has your involvement had a positive effect on your career? As a young lawyer representing Columbia Gas, I enjoyed the mentorship of excellent oil and gas lawyers like Jack Snyder and Roy Rice who urged me to join EMLF. At first, I just attended programs and met people working in all aspects of energy law. Eventually, I was lucky enough to speak at over 15 programs and make my own small contribution to the scholarship of EMLF (thanks to all of my associates and partners who helped write all of those papers!) My association with EMLF definitely helped my career as I made connections with people in the industry and I learned about hot topics outside of the narrow focus of the cases that I was handling. I think that my greatest contribution to EMLF was introducing several of my associates to the Foundation who have gone on to great careers and leadership roles.

You graduated from Pitt Law School and have been very involved with Pitt over the last decade. You served as Executive Director of the Energy Law & Policy Institute at Pitt Law School from 2015 to 2019 and currently serving as a Professor of Professional Practice there, teaching both Oil & Gas Law and also Media Law. How did you get involved in those roles at Pitt? I have been teaching Oil & Gas Law and Media Law at Pitt Law for a decade or so, first as an Adjunct Professor and now as a Professor of Practice. By the time that I started teaching, I had well established practices in both areas and the school hoped that students would benefit from having a professor with personal experience. I really enjoy teaching and I try to mix the black letter law with my personal experiences and speakers from different aspects of each industry. The Energy Law & Policy Institute was the creation of Chip Carter, then Dean of Pitt Law. As the Institute’s first Executive Director, I put on several programs that brought in experts from across the country to talk about all aspects of energy.

In addition to representing oil and gas clients, you represent clients in media law matters. And, as I noted earlier, you teach Media Law at Pitt. So you have expertise in media law, as well as oil and gas law. That strikes me as an unusual combination. How did you get involved in media law? My first job was delivering the Pittsburgh Press, the afternoon paper in Pittsburgh. I learned the basic rules for success in business – show up, do your work and collect for what you do! When I became a lawyer, I was lucky enough to represent the Pittsburgh Press and many other newspapers and radio and television stations. In recent years, I led a team that tried a case which — after two trials, one hearing that found that the first trial judge acted improperly and two trips to the Pennsylvania Supreme Court – established new libel law in Pennsylvania. It may seem unusual to mix media law with oil and gas law but I always enjoyed the fact that the two practices were so different – you do not often get to argue constitutional law in lease disputes!

You had an active litigation practice at Reed Smith, but you left there at the end of 2019 and opened your own office, the Law Office of Kevin Abbott, in 2020. How are things going and what sort of work are you doing? Things are going great. I miss my friends at Reed Smith but I always wanted to go out on my own and I figured I was running out of time! I enjoy working less hours and having some control over my schedule – it gives me time to golf and to hang out with my grandchildren Sam and Cece. Besides teaching at Pitt, I still do some litigation and I enjoy serving as an arbitrator. I am also serving as an expert witness (as a trial lawyer, I worked with many excellent experts but it is a different experience on the other side of that equation.) I also got to use my media expertise by helping an author by reviewing his manuscript for potential issues.

You and your wife Mari enjoy travel. Do you have a favorite place to visit? Our favorite place is Hilton Head Island in South Carolina – we go there several times a year and have so many good memories of trips there with family and friends. We don’t know exactly when restrictions on and advisories against travel will end, but presumably that is going to happen sometime. Do you have any post-COVID trips planned? A major part of our plan when I left Reed Smith was that I would spend a big part of 2020 traveling. Well, plans changed! We had a big trip to Ireland, Scotland and Italy planned for 2020 which we moved to 2021 and now hope to make in 2022. Those are the three countries that most of my ancestors are from so I look forward to eventually making that trip.

You have been practicing law for a few decades now and have had success. Is there any advice you would give to new lawyers and law students who are about to become lawyers?
1. Enjoy your work, your colleagues and even your adversaries. There is no reason that litigation has to be a life and death struggle. I represented clients with zeal but I always got along with opposing counsel (and even got some referrals from them.) Give extensions of time, extend courtesies and be straight with clients, judges and opposing counsel – your reputation will benefit and your work day will be more pleasant.

2. Find mentors. You can learn so much from people who have already learned some hard lessons. Watch lawyers who you admire and borrow from them what works for you.

3. You have to swing the bat if you want to get a hit (I can see my daughters and associates rolling the eyes!) No one succeeds all the time (any trial lawyers who say they always win have a very elastic definition of winning) but if you never try, you will never win.