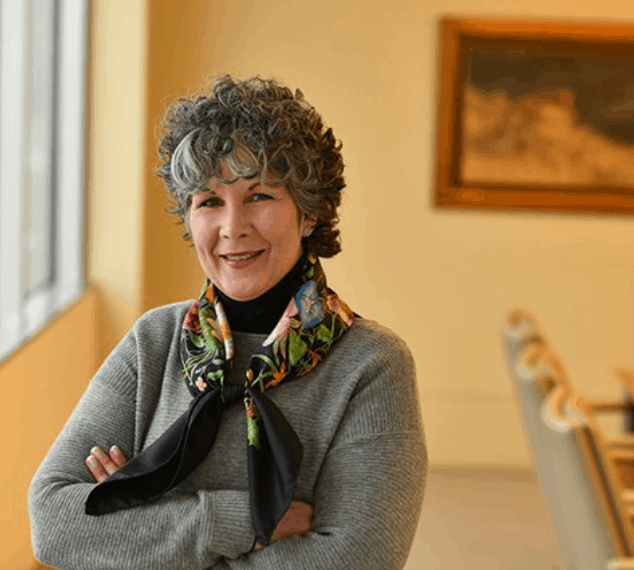 The Energy & Mineral Law Foundation (EMLF) is proud to announce it has presented its 2021 John L. McClaugherty Award to Erin E. Magee.  Erin was nominated for this award by multiple EMLF members, including her colleagues at Jackson Kelly, where she has spent her entire legal career, practicing primarily in the field of labor and employment law.

“She is an ever present and vibrant member of the leadership of this organization,” noted EMLF President, Kevin L. Colosimo when presenting the award at the foundation’s 42nd Annual Institute, held recently in Memphis, Tennessee.  Erin has been a member of EMLF’s Board of Trustees for many years, and has held numerous leadership positions, including serving as the Foundation’s President in 2017 and 2018.  She chaired EMLF’s most recent strategic planning effort, and continues to serve as chair of the Communications Committee, among other roles.  She will lead a panel discussion entitled “Key Legal Issues from a Corporate Perspective” at EMLF’s Petrochemicals Update, which was scheduled for Aug. 31, but has been postponed and will be a virtual event presented this fall.

Erin has also served as the national president of the Women’s Energy Network (WEN) and is a founding member of that organization’s Greater Pittsburgh and Appalachia Chapters.  She has been instrumental in shaping WEN and served on the team that created its current national structure. In 2015, she was recognized with the organization’s Pioneer Award.

She is a frequent speaker and author on energy law topics both for EMLF and other organizations, and has been consistently recognized by the Pittsburgh Business Times Who’s Who in Energy.  Erin is also a leader in her community, having served on the Board of Directors of the YWCA of Charleston, the Children’s Therapy Clinic, and the Kanawha Pastoral Counseling Center, among others. See Erin’s bio here.

The McClaugherty Award is the Foundation’s highest honor, and is given annually to a member to recognize their outstanding contributions to the Foundation and to the field of energy and mineral law.  It is named in honor of a former member and past president, the late John L. McClaugherty, who spent many decades practicing at Jackson Kelly, including serving as managing member for nearly twenty years.  Erin said she found receiving the award particularly meaningful as she worked alongside John McClaugherty and considers herself fortunate to have been mentored by him.

EMLF is a non-profit organization that is an accredited provider of continuing education for lawyers, landmen, and other energy professionals.  For more information about EMLF, visit emlf.org.  To view the McClaugherty Award presentation, click here.

AAPL & EMLF Joint Land Institute THIS EVENT HAS BEEN POSTPONED - STAY TUNED FOR...