EMLF’s Annual Careers in Energy Program will be held virtually this year to accommodate COVID-19 guidelines.  Panelists will discuss their educational and career path, and what the day to day duties are in their current role, as well as take questions from those in attendance.  Law students at EMLF member schools may join this free opportunity to hear from and network with current energy practitioners. Each of the four programs features a different panel!  Scroll down to read the bios for the October 28 panel. 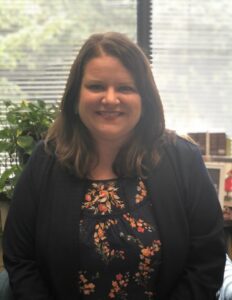 Anna Girard Fletcher has been the Executive Director of the Energy & Mineral Law Foundation since 2018.  Previously, she was an attorney with the Commonwealth of Kentucky Energy and Environment Cabinet practicing environmental protection and natural resources law, and law clerk to the Honorable Phillip J. Shepherd.  She is a former national Chair of the Conference of Government Mining Attorneys and was chosen for the Kentucky Bar Association’s inaugural leadership class in 2018.  She currently serves as Treasurer of her local Women’s Lawyers Association, and is a member of the Women’s Energy Network.  She is a graduate of the University of Kentucky College of Law where she served as Student Bar Association president and was a member of Phi Alpha Delta. Her writing has been featured in such publications as the National Law Journal, and she is a former editor of the Kentucky Journal of Equine, Agriculture, & Natural Resources Law, and current Editor-in-Chief of the Energy & Mineral Law Institute, the flagship publication of the Energy & Mineral Law Foundation.  She resides in beautiful Lexington, Kentucky, with her husband and son. 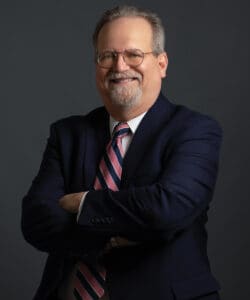 Tim is an Officer in PennStuart’s Abingdon, Virginia office and is a member of the firm’s Workers’ Compensation practice group.  Tim lives in Abingdon, Virginia, which he has called home for over 35 years. He is married and has four grown children and nine grandchildren. Tim’s practice focuses on the defense of workers’ compensation claims, Federal Black Lung claims, and other occupational disease matters.  He has extensive experience representing employers and insurers before the Workers’ Compensation Commission, the U.S. Department of Labor, and the Virginia and Federal Courts of Appeals.  Tim also advises clients in the mineral and oil and gas industries on environmental, safety, and other regulatory matters.  He has been a frequent presenter on occupational disease issues and mineral and environmental laws and regulations.  He has published several articles related to mineral and environmental law matters. Tim previously served as an Assistant Attorney General of Virginia where he handled cases involving enforcement of statutes and regulations related to the mining and oil and gas industries.  He also served as corporate counsel for the Pittston Company Coal Group. 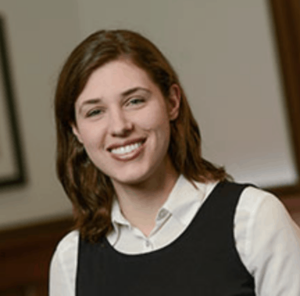 Kara Herrnstein is a Senior Associate at Bricker & Eckler in Columbus, OH, and is an experienced energy attorney focusing on facilitating renewable generation in Ohio. She provides legal assistance and problem-solving to developers at every stage of their projects, from land access to permitting to operation. Her practice also includes litigation on behalf of a variety of energy companies including producers and midstream companies. In everything, she is a passionate about helping her clients build Ohio into a major energy-producing state. Prior to joining the firm, Kara served as a law clerk to the Hon. Alan E. Norris on the United States Sixth Circuit Court of Appeals and as a staff attorney at the Eleventh Circuit Court of Appeals in Atlanta, Georgia. She also served as a law clerk to the Hon. Michael H. Watson on the United States District Court for the Southern District of Ohio. 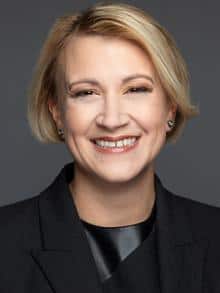 Natalie N. Jefferis graduated from Fairmont State University in 1999, with a Bachelor of Science degree in Finance. In 2002, she earned her Juris Doctor from West Virginia University, College of Law. During law school, Natalie was active with WVU Children’s Hospital and attended Seton Hall University’s Study Abroad Program which focused on international constitutional law and the evolving European Union. Upon graduation from law school, Natalie worked as an attorney in West Virginia focusing on energy-related matters including, commercial contract work, title work and assisting firm clients with lessor/lessee disputes. In 2006, Natalie left private practice to start her career at EQT Production Company as a title landman. After being promoted to a Regional Land Manager in EQT’s Midstream business unit, she spent the next 8 years honing her management skills and ensuring all land rights, including zoning permits and road permits, were acquired to support the construction, maintenance, and operation of pipelines throughout Pennsylvania. In her next role as VP of Commercial Operations, she gained experience negotiating gathering and processing contracts and an understanding of the day-to-day workings of transporting and trading natural gas. Natalie returned to her roots in 2018 as the VP of Land Administration and Title for EQT Production Company. During her tenure at EQT, Natalie also had the opportunity to work on a number of commercial deals including the IPO of EQT Midstream Partners and the sale of Equitable Gas Company to People’s Natural Gas. At Peacock Keller, Natalie utilizes her wide range of legal, business, and operational background of the energy industry, to counsel and guide some of the country’s largest energy producers. She is a member of the West Virginia State Bar, the American Association of Professional Landmen, the Energy and Mineral Law Foundation (EMLF) and the Women’s Energy Network. She remains dedicated to WVU Medicine Children’s Hospital, serving as a Campaign Advisory Council Member, and is a member of the LPGA Amateur Golf Association. 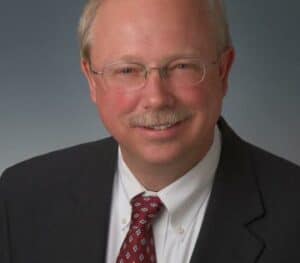 David Morrison is a Member at Steptoe & Johnson in their Bridgeport, WV office. The phrase “fact is stranger than fiction” comes to mind when David Morrison reflects on his 35+ year career as a labor and employment lawyer.  Morrison is never surprised when he picks up the phone and an exasperated human resources director or in-house counsel regales him with the latest unique employee situation that needs untangling.  David genuinely enjoys helping his clients when they don’t know where to turn, and he is often the origin of creative solutions that can be implemented in a way that allows clients to retain their integrity and follow the law.  Helping clients avoid litigation, David invests time counseling them on what to do and what not to do, always with a listening and compassionate ear.  In the event that litigation does occur, David is the person to have on the team, having tried over 80 cases and arbitrations, and argued over 20 appeals before state and federal appeals courts.  David is an effective storyteller, and he often uses his experience to mentor and train young lawyers, helping them learn the importance of humanity in the practice of law.